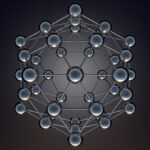 Needlepoint bipolar ionization uses an electrical charge to generate a high positive and negative ions density to clean indoor air properly. These ions are constantly searching for and connecting to particles as they move through the air. A continuous pattern of particle combination is established in motion as a result of this. These particles are swiftly removed from the air as they grow in size.

Furthermore, positive and negative ions have microbicidal effects on viruses, decreasing the virus’s infectivity. The needlepoint bi-polar ionization from Global Plasma Solutions is ozone-free and the only kind in its category to pass the RCTA DO-160 airplane standard. As a consequence of traditional bipolar ionization systems, hazardous ozone is produced.

It activates the oxygen molecules

The ” Global Plasma Solutions Needlepoint Bipolar Ionization systems activate the oxygen molecules by rebalancing the ions existing in the environments, raising them in the quantities that are usually found in non-polluted environments, such as in the mountains, near a waterfall, near the sea, where waves break on the rocks.

By raising the number of ions and rebalancing them, in environments where the positive ions normally exceed the negative ones, the present pollutants, bacteria, spores that generate molds, viruses, germs, parasites, pollens are reduced, purifying the air and at the same time eliminating odors and fine dust suspended in the air.

These systems create optimal conditions of well-being and health to make people feel good without any contraindications.

The technology of ” Global Plasma Solutions Needlepoint Bipolar Ionization” positively affects people’s health. It also promotes the absorption of oxygen by red blood cells with beneficial effects on all organs.

It is a natural process that not only does not generate contraindications but also positively involves the respiratory system, as it represents a valid defense against problems related to allergies and asthmatic situations.

The systems we control the “bipolar ionization dosage,” covered by an international patent, are distinguished from other systems, guaranteeing the correct generation of ions.

The scientific literature, rich on the subject, also indicates that the rebalancing of ions and the correct elevation of the same improves respiratory function, migraines and, regulating serotonin, also enhances sleep quality.

It can be used in residential, commercial, and industrial environments, adapting to any system need. It can even be inserted into existing aeraulic networks without the need for any masonry work.