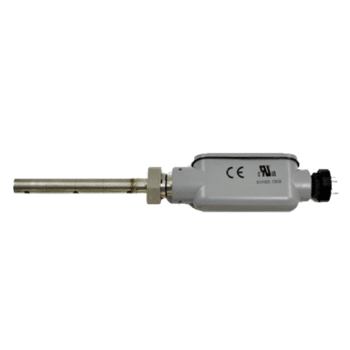 Note: For a more detailed and accurate description or image of 025 47688 000 Sensor we suggest that you contact us and our trained staff will be happy to answer any questions that you may have, including, availability, pricing, and shipping rates.

Sensor components such as 025 47688 000 are found in HVAC systems. They belong to a set of parts that are often not visible by end-users. Other components of an HVAC system such as fixtures may be noticeable from certain areas of a building. The heart of a unit however is usually in a place that is accessible by technicians but not necessarily by the people inside of a building enjoying the comforts of climate control. Sensors are an important part of heating and cooling systems because they keep a unit running.

025 47688 000 and sensor components may vary from one system to another depending on how they are designed. Technology has pushed the HVAC industry forward to boost how efficiently equipment performs. Sensors play a major role in promoting the efficient operation of heating and cooling systems. Modern HVAC systems include a combination of manual and automated functions which alter how the equipment behaves. In certain cases, end-users will be able to manipulate sensors and in others, they may be well hidden for service experts to handle instead.

HVAC units contain many well-known components that are often discussed such as the compressor and motor. Other aspects of an HVAC system include the thermostat which is actually a sensor. The device is one of the key components of an HVAC system. The part is used as a control mechanism, applied to regulate temperature. Although the thermostat is visible to end-users, the network of sensors found in an HVAC system may be far more complex. 025 47688 000 is just one component among several that are used to control the most important elements that flow throughout a climate control unit.

Note: For a more detailed and accurate description including the price of 025 47688 000 Sensor we suggest that you contact us and our trained staff will be happy to answer any questions that you may have. You may  call us at  1-800-368-8385 or fill out this form with your question and we will get back to you as soon as possible: